Necessary Evil
GET IT NOW 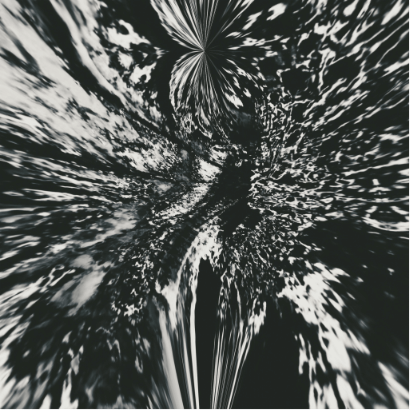 GET IT NOW
swipe for more music >> 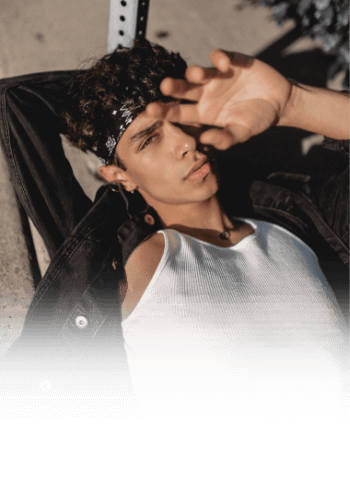 Music elicits pictures. Singer, songwriter, and multi-instrumentalist Justice Carradine draws from a wide palette of sonic colors and equally fascinating experience to paint pop in brushstrokes of alternative, R&B, and rock. Picking up a guitar, sitting behind a piano, or cooking up beats, the Utah-born and Los Angeles-based 19-year-old writes with dynamic depth and makes a lasting connection on his 2019 debut for Chosen Music/Atlantic Records.
“I usually start alone with a guitar or another instrument,” he says. “I’ll just be sitting by myself and writing. Every sound adds a different color to the larger picture. It becomes clear as I go along. I have certain pictures I want to paint for people.”
Throughout childhood, music surrounded Justice from every angle. Inspired by his grandfather, he picked up ukulele, drums, and guitar at just five-years-old. Italian on dad’s side and half-Samoan and half-Apache on mom’s side, Justice vividly recalls performing at each and every family luau where “there was always a band playing.” Additionally, the Native American heritage influenced him on a deeper level. “Music is a big part of my culture,” he adds. “It goes hand-in-hand with spirituality, and it made my whole family super close in a way a lot of people don’t get to experience.”
In between spending free time in the mountains, playing sports, skating, and drawing, he posted videos on Vine, developing a devout social media following in junior high. By 2015, he transitioned to YouTube, racking up millions of views on covers of everyone from The 1975 and Post Malone to personal favorite Ed Sheeran. Eventually, he succumbed to an urge to pen songs of his own. He unveiled an independent single entitled “Okay” during fall 2018 and caught the attention of Chosen Music/Atlantic Records, landing a deal.
Now, he introduces a spirited signature style on the 2019 single “Dangerous Love.” Produced by Max Martin protege Jakke Erixson, a slick guitar riff slides into a percussive and passionate falsetto-driven chant. The track illuminates Justice’s range and undeniable charisma.
“It just happened in the moment,” he recalls. “We finished the song in three hours. A lot of listeners can understand and vibe with what I’m saying here. It’s about a toxic relationship you want to get out of, but you also don’t want to get out of it at the same time.”
Justice’s presence extends to the fashion world. Hollister, Puma, M&Ms, and more have sought him out for high-profile campaigns, and he signed to NEXT Management.
“I feel like music is healing,” he leaves off. “When you listen to me, I hope you feel okay. We all go through things. I’ve felt alone many times, and I want to let everyone know they have someone who can relate. Music showed me it’s okay to be vulnerable with myself and others. I’m here for you.”
©COPYRIGHT 2020 CHOSEN MUSIC / ATLANTIC RECORDS  |
PRIVACY POLICY  |  TERMS OF USE  |  AD CHOICES  |
COOKIE POLICY